How To Stay Out of the Friend Zone With Your Ex

This post will show you how to stay out of the friend zone with your ex girlfriend or ex boyfriend.

Note: This information is relative to you if your ex is reaching out to you, wants to see you, or if you are required to interact with your ex.

Ah, the so-called Friend Zone. It’s quite a popular topic these days.

It’s often I hear from a coaching client of their concern that they’ll end up in the friend zone with their ex.

I’ve received a lot of requests to make a video about this and so it’s been on my list for a while.

I’m going to give you some important information on staying out of the friend zone with your ex so that you don’t make it much more difficult to get him or her back. 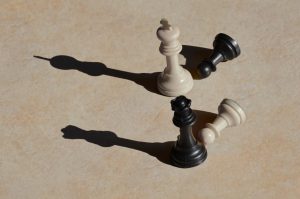 FIRST, don’t accept friendship from your ex when they break up with you.

If you don’t want to be in the friend zone, don’t accept the demotion of being placed there! Reject that offer from your ex.

If you want to get your ex boyfriend or ex girlfriend back, you shouldn’t be friends with them because it gives them the easiest breakup experience possible.

They get to feel like they still have you in many ways and they will have no fear of losing you.

The consequences of their decision to break up with you are greatly diminished from what they should be since you want your ex to miss you and want to get back together with you.

If they break up with you, they need to feel and notice your absence and the disappearance of all the good things you brought to their life. They need to experience separation anxiety and that can’t happen if you are still hanging around them and communicating with them as their friend.

If you truly want your ex back, the breakup has to be as real and difficult for them as possible.

SECOND, when the no contact rule causes your ex to reach out to you, don’t act like you are only their friend.

You don’t relate to them as a friend, so don’t act like one!

So many times people who don’t want friendship will act like a friend around their ex after a breakup. It’s accepting defeat and you shouldn’t do it.

This is especially true if your ex has pitched the friendship offer to you. Don’t default to a neutered role in his or her life!

That means that you don’t act bitter, cold, angry, or uninterested IF they reach out to you.

Again, this all assumes they are reaching out to you right now.

Using the No Contact Rule to get your ex back is intended to result in a response from your ex and when your ex reaches out, you should not ignore them.

If they want to get together, you accept, at least until they start treating you like a friend – which I get into later in this article. 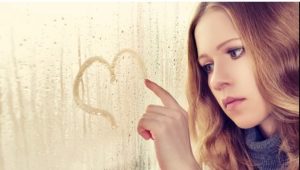 THIRD, don’t accept invites if your ex is going to treat you like a friend.

The only way you can know if your ex is going to treat you like a friend is if you accept their invitation and meet up with them (or if you invite them to meet up with you and they accept).

If your ex treats you like you are only a friend and that there is not physical or emotional chemistry, then you should temporarily refuse their future invites to get together.

You might give them two or three chances but after that, if they stand firm in their desire to put you in the friend zone, you must refuse getting together with them.

So let’s say that you are having coffee with your ex and you are refusing to act like a friend.

As I said in the second point above, you are not acting like a friend but, instead, are relating to them as you truly feel and not in the way they wished to demote you (as just a friend).

Your ex, however, is not responding in kind.

He or she is not flirting back with you, is turning away from your kisses, and otherwise acting as though there is no longer any romantic or sexual chemistry between the two of you.

Since you don’t want to let your ex practice being your friend or experience being in a situation where they interact with you as though you are just a friend, you should decline their future invitations to get together until you see some signs that they are no longer treating you as only a friend.

This would come in the form of flirty texts, messages, or phone conversations where your ex responds to your flirting by themselves being flirtatious and playful.

FOURTH, in my continuing list of how to stay out of the friend zone with your ex, don’t take them seriously.

You should approach your ex’s claim that they want friendship as though it is ridiculous.

When your ex says that he or she wants friendship, you should take a “yeah, right” attitude in response.

That does NOT mean that you violate boundaries or do anything inappropriate of course, but ideally you would act as though you see through your ex and doubt that friendship is all they want with you.

Attempt to kiss them as you would before. Reminisce about romantic times the two of you shared, demonstrating that you can look back on those times with joy and the expectation that similar times are ahead.

I have a great video about this in my Emergency Breakup Kit where I guide you with examples of how to do this.

The key is to paint a picture for your ex, reminding them of the great romantic times the two of you shared without being obvious that you are wanting them to remember and have an emotional and/or physical response.

Being playful throughout this is key. Interject humor and lightheartedness whenever possible. 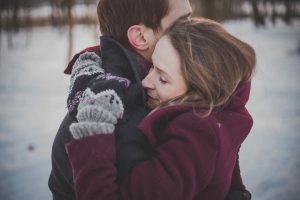 FIFTH, on my list of how to avoid your ex’s friend zone, is to avoid defining the relationship.

I realize that after a breakup most people desperately seek the comfort of the relationship being fully restored, complete with the title of boyfriend and girlfriend.

But that title is often, as you have learned from this breakup, a false sense of security. Defining the relationship with a label is also an overrated concept.

I’m not saying that you shouldn’t BE a couple or be “girlfriend and boyfriend.”

What I’m saying is that since your ex broke up with you, he or she demonstrated uncertainty and doubt about a future with you.

Therefore, you must let them be the one to say, “I want us to be boyfriend and girlfriend again.”

It should not come from you or else, even if they want it, your ex will feel that your investment is possibly or even certainly stronger than their own.

This will create the dynamic of them being the prize and you being the chaser.

Such a dynamic will most certainly doom the relationship and get you dumped again.

You simply can’t have them thinking that you are more invested in them right now because if they don’t see you as the prize, there’s little to re-attract them.

So you have to let them come to you in terms of defining the relationship again and much of the other “relationship talk.”

Be happy to be with them in the moment.

Find joy in being with them and in the return of the emotional, physical, and intellectual relationship you had before – assuming that is happening.

There’s no need to rush to try to put a label back on it. The risk is incredibly high that you will push your ex away by doing this.

So apply the principles of this post and the video above to stay out of the friend zone with your ex. You can do it!

Phases of a Rebound Relationship and Stages

Why Is My Ex So Mean To Me?

Should You Ignore Your Ex To Get Them Back?

Broke Up But Still Talking (And What To Do About It)