Is It A Good Sign If My Ex Is Not Dating Anyone New Yet?

So you want to know if it’s a good sign that your ex is not dating anyone new.

If this is your question, I’m assuming that you want your ex back and that you were the one who was broken up with.

The answer is more complex than it seems. 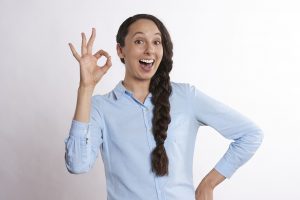 Is It A Good Sign Your Ex Is Not With Someone New?

It’s not all good because if your ex was in a so-called rebound relationship, then you could take some hope in knowing that, if you two had a good relationship and your ex is an emotionally and mentally healthy person, a relationship this soon is likely to fail.

Why? Because your ex has to have time to heal before being able to truly give their heart to someone else.

This will reveal itself to your ex or to the new person. Or to both of them.

Sometimes they won’t always be able to put their finger on it, but the closeness won’t be there.

Your ex will be using a broken instrument even if they were the ones who chose the breakup.

The rebound person will feel the odd distance and sometimes artificial nature of their relationship.

This will usually cause this new person to push your ex boyfriend or girlfriend to move faster than they are ready to move which will only push them away and, often, back into your arms.

I suggest opening my article, “How To Get My Ex Back From A Rebound Relationship” in a new tab to read after you have read this post completely at least once.

So your ex dating someone new is not always bad news, though it certainly can be difficult to watch and to wait.

I bet you are ready for this part!

It seemed to you to be common sense that it was a good sign if your ex was not dating someone new, but then I go and tell you that it could be good if they were.

Well now I’m going to tell you how it could still work in your favor if your ex isn’t seeing someone new.

If your ex is still single, it could be a sign that they know they are not emotionally ready for a new relationship.

This likely means that they still mourn the loss of the relationship the two of you had (and may be a sign that he or she regrets breaking up with you).

This doesn’t mean that your ex boyfriend or ex girlfriend wants to get back together yet, but it means that they have probably not moved on to the point that they are ready to seek or find love with someone else.

It also means that your absence and use of the No Contact Rule can work on their mind and heart to move them in your direction.

Whereas the opposite will almost certainly push them far away.

It doesn’t work the same way as it would if your ex boyfriend or ex girlfriend were in a rebound relationship, but it does eliminate the risk of them being confused by the rebound which can happen (especially if you don’t apply the no contact rule correctly). 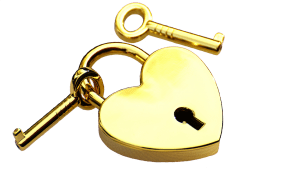 Signs Your Ex Regrets Breaking Up With You

Your ex not being with someone new also suggests that you meant more to them than simply filling the role of girlfriend, boyfriend, body, or ego stroke.

It also means that the changes are higher that your no contact period has been able to make your ex miss you.

If your ex had gotten with someone new soon after breaking up with you, it could have been a sign that they were just looking to be with someone and that you weren’t overwhelmingly special to them.

That’s not always the case, but can be.

Finally, if your ex is not with someone else, it will make it easier for you to reach out and successfully re-attract your ex back into your life.

Yes, I’m aware that I’m known as the relationship coach who firmly pushes the No Contact Rule and letting an ex fully experience the breakup (so, hopefully they’ll see that they don’t want it).

But I also know from over 18 years of experience in working with relationships that after enough time has passed – probably more time than you are thinking – that making contact loses nothing and can be effective.

With no new person in the way, it’s a smoother process to communicate with your ex for obvious reasons.

That’s when the tricky part comes. I highly recommend that if you want your ex back you get my Emergency Breakup Kit. It’s that simple. It’s a highly effective guide to getting your ex back.

I wish that for you.