How To Know If Your Boyfriend or Girlfriend is Cheating

So you want to know how to know if your boyfriend or girlfriend is cheating on you.

Though there is no definite way of knowing for sure short of a confession or catching them in the act, there are some ways to know if it’s likely your boyfriend is cheating (or your girlfriend is cheating).

My Definition of Cheating

So if that is close to your definition as well, then I want to show you how to know if your boyfriend or girlfriend is cheating.

Clues of a Cheating Boyfriend or Girlfriend

I realize that you may be in some degree of fear, frustration or sorrow as you read this article.

For that, I offer my deepest sympathy.

I can, however, offer the following information as a tool for you to use in determining the likelihood of whether or not your significant other is cheating.

It might require some detective work on your part, but you probably agree that knowing if your boyfriend or girlfriend is being unfaithful to you is worth the work. 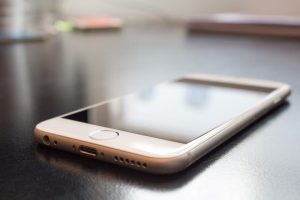 1. Phone Usage and Typical Patterns of Cheating Boyfriends or Girlfriends

If you already think your boyfriend (or girlfriend) is cheating on you but you want to know how you can know for sure, you should add an item to your list of clues if you notice that they turn off their cell phone when with you or that they leave the room when taking or making calls.

He/she might even become angry if you answer their cell phone or touch it at all.

If you live together or share bills, you could check the cell phone bill for calls made if your plan provides that information.

Often times these calls are in the morning or the evening while they are driving to and from work.

The only good thing about a cell phone bill is that some list all the calls made in a billing cycle (this can be requested of your mobile provider).

Most cheaters consider a cell phone to be a necessity because it allows them to make calls while driving and away from home, but if he or she does not have one, you might want to buy them one just so you can track their calls.

Another detail to examine on a cell phone bill would be extremely long calls.

Sometimes such calls can be for business matters, but if your bf/gf is in a profession that doesn’t require a great deal of phone use, or if their cell phone use has increased for no apparent reason, you have logical reason to be suspicious of cheating if this change is accompanied by other clues as well.

Also take note if you receive an unusual amount of wrong number or hang up calls to your home phone (if you have one) and especially if you notice his or her cell phone ring immediately after someone hung up when you answered the landline.

Another sign of a boyfriend cheating (or a girlfriend cheating) is if they occasionally end the call suddenly when you enter the home or room. 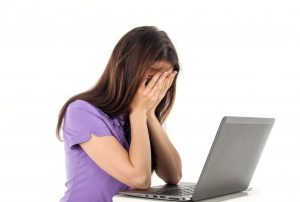 2. The Computer: An Ally and an Enemy

A computer or tablet can be a tool for a cheating bf or gf, but can act as a double agent in that it can serve to catch a straying person as well.

Software exists to collect, save and report activity on a computer.

A word of caution however:

If the computer is not yours, you have no right to do this and most people would consider spying on someone’s computer to be an invasion of privacy.

It could even violate the law if it’s not your computer or device.

You risk pushing your boyfriend or girlfriend far away by spying and snooping.

Before you even think about checking his/her computer usage you should be nearly sure of their cheating based on other clues.

Again, if you don’t own the computer or device, you have no right to do this and should not. 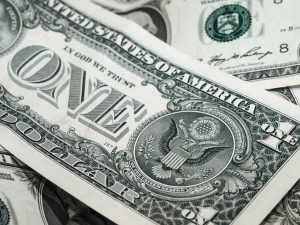 3. Money Clues of a Cheater

High credit card debt and unusual spending could be supportive of the suspicion of cheating.

You need to look for credit card bills containing unusual expenses that may be gifts.

That includes jewelry, travel, cosmetic products, perfume, florist items, items purchased outside of their personal interests (like team jerseys if your suspected cheater is not into sports), and lingerie you’ve never seen.

But if he/she is a smart cheater, they’ll have lots of cash on them without good reason.

You may also notice an increase in gas purchases on the credit card that add up to more miles than they should be driving.

Take note of the daily mileage so you can notice unexplained increases.

If you aren’t a joint user of the card or account, you don’t have a right to comb through it without asking.

That obviously makes things more difficult, but you have other clues to help you.

4. Physical Changes of a Cheating Partner

It’s common for a cheating girlfriend or boyfriend to alter their personal appearance to the likes of the lover.

She might get a new hairstyle, visit the tanning bed, change perfume, buy large amounts of new clothes including lingerie and sexy underwear.

He might join a gym, begin or increase taking Viagra without increasing lovemaking sessions with his girlfriend, shave body hair or begin using a product to color his gray hair or a gel to restyle it.

Though there is nothing inherently wrong with these actions, if they exist along with other clues, you may have a cheater on your hands.

Concern would make sense, but don’t confront your suspected cheater unless the evidence is overwhelming.

5. Relational Changes of a Cheater

Suddenly your significant other seems uninterested in your relationship and has fewer conversations with you.

He or she makes spontaneous plans that don’t include you and gives you little time to object.

The cheater may ask specific details about your schedule for no apparent reason.

Sex between the cheater and you may increase or decrease.

Often times cheaters do not want to share baths or sleep while embracing their partner.

If that is different, then there might be some cause for concern, but if your partner hasn’t ever wanted to share a bath or sleep while embracing, then it’s not a clue.

If your partner comes home later than usual and becomes angry when you ask the reason, there’s probably a problem.

Look for recent hires at work and if they are of the opposite sex, ask your spouse about them.

For example, if there’s a new woman at work, ask him if he thinks she’s pretty.

If he says no but when you meet her she is very pretty, you may have a cheater.

After all, why would he lie about her looks?

The answer could be that he doesn’t want you to be suspicious of her or his relationship with her.

An innocent man in a healthy relationship should be honest.

He might say something like, “She’s pretty, but not as pretty as you,” if you don’t have a track record of punishing him for telling you the truth.

If you’re a man suspecting your girlfriend is cheating, simply switch the details above to your situation.

7. When You Get Home To The Suspected Cheating Boyfriend or Girlfriend

When you get home after the suspected cheater has been there “alone,” look for the following clues to see if he or she has had an encounter with the lover:

You may find many of the clues in this article and yet your partner MAY still be faithful to you.

This article in no way implies guilt on anyone and may not be used in a court of law or as legal grounds for any charges or demands.

Nothing short of catching your partner in bed with another person will prove beyond a doubt that cheating is taking place, but usually your suspicions are correct.

If you have evidence that your girlfriend or boyfriend is cheating on you, don’t automatically give up on your relationship. I can help relationships that have been hurt by cheating.

You may want to know why a boyfriend or girlfriend cheated and you have every right to want a reason.

But it’s unlikely you’ll receive an honest answer from your partner and no matter the reason, it doesn’t change the fact that they did cheat.

It’s often pointless and even harmful to chase after the reason behind an unfaithful partner.

The reason for cheating is often illogical and is usually emotionally or physically based.

So there’s little application you can use from a potential answer on why someone strayed.

It’s unlikely they even know the reason, if there is one in the first place.

Sometimes it’s simply a lack of commitment to you that was exploited when he/she met someone they found attractive in one way or another.

If you want to save your relationship in spite of a cheating partner, remember that jealousy, though difficult to resist in this situation, is still your enemy on multiple fronts.

Showing jealousy can actually push your partner even more into the arms of the other person (if there is one).

If you have been cheated on, it’s hugely important that you make a choice if you want to stay with the cheater or leave.

If you decide to leave, stop all contact and completely leave that person’s life. That’s true even if you think you might want them back in the future.

Gain from my two decades in the relationship-recovery service so that you can have the best chance possible of getting your ex back! To do that, get my Emergency Breakup Kit!

My Ex Is Seeing Someone Else During No Contact