How To Stop Feeling Jealous And Why You Should

So you want to know how to stop feeling jealous.

We’ve all felt it at times. But some of us constantly struggle with jealousy.

Sometimes it’s for good reason, like if you catch your significant other cheating. In that case, if you are not in an open relationship, you probably need to walk away.

Other times there are those out there who are over the top. They are jealous if someone even talks to their boyfriend or girlfriend.

Jealousy is like the flu. Once you catch it, it’s difficult to shake. Some people are naturally more likely to be easily triggered into feelings of jealousy whereas others don’t feel it or at least don’t show it.

Those who don’t show it are better off because few things kill attraction like jealousy. To some people it’s even more of a turn off than neediness and over pursuit.

Jealousy accomplishes nothing but dropping the level that your lover is attracted to you.

Why? A few reasons.

It doesn’t mean they’ll leave you for that person (or cheat on you), but it is like you admitting to some level the superiority of this other person.

You’re basically giving them props. If you didn’t think this person could take your lover away from you, why would you be worried?

2. Your boyfriend/girlfriend will not feel free. They’ll feel nervous around their friends of the opposite sex, worrying that you’ll get upset if you see or find out. And caged birds often plot their escape!

People who feel free have no need to run away. See what I mean?

3. Your girlfriend or boyfriend will lose respect for you. I wish I had a nickel for every time I’ve seen someone roll their eyes while describing a jealous boyfriend or girlfriend. It’s not an endearing quality and makes you look weak, immature, lacking confidence, and even creepy.

Do you think you become more attractive or less attractive by your lover thinking of you in those terms? The answer is obvious.

The best thing you can do in terms of maintaining attraction from your boy/girlfriend is to hide or ideally, eliminate your jealousy.

It’s actually a demonstration of power and confidence to go against the grain in terms of jealousy. Within reason, try to appear (or actually be) non jealous. Make friends with members of the opposite sex who are friends with your significant other.

Kill them with kindness. Actually encourage him/her to speak or hang out with that person. It will usually deter them from wanting to be around them!

Part of the reason for this is because when you are jealous, you feed the ego of your significant other in addition to making this person who you are jealous of more interesting to your bf/gf.

Sometimes your boyfriend or girlfriend might actually want you to be jealous so that they feel more secure and have that ego boost.

So by doing the opposite of what a jealous person would do you actually can get them to spend less time with those of whom you are jealous.

But the best way to go about this is to actually improve your feelings of jealousy or eliminate them altogether. Saying that and doing that are two very different things.

Why Do I Feel Jealous?

Jealousy is an emotional response to a threat of loss of something important to you. The key aspect of why you feel jealous is because you don’t feel able to protect yourself from this person being taken from you by another person who is the object of your jealousy.

If there was someone who didn’t appear attractive or have an attractive personality, you likely would not feel jealous of them being around the one you are going out with or love. Why? Because you don’t feel that the unattractive person (at least, less attractive than you perceive yourself to be) is capable of stealing the heart of your lover away. So you don’t see them as a threat. 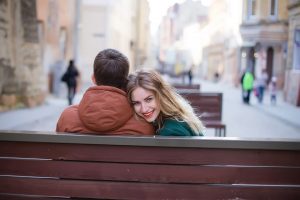 How To Stop Feeling Jealous

Here are some ways that you can stop feeling jealous or feel it to less of a degree.

1. As we discussed above, when you do feel jealous, say and act the opposite – As if you don’t feel jealous. It’s sort of a fake-it-till-you-make-it type of strategy. Over time you will start to actually feel what you are doing and saying.

2. Come to terms with what you feel deep down. Why do you feel jealous? Is it lack of trust in your significant other? Is it a lack of confidence in yourself? When you determine what it is, ask yourself why you feel that way. Work on yourself so that you don’t struggle with these feelings as much. If you really feel that you don’t stack up against the people you are jealous of, try to make yourself better – physically, mentally or in terms of personality characteristics.

3. Try to look at your relationship from the perspective of one of your friends. If you were your friend and you heard about your situation, how would you react to it? Would you be freaked out by it, or would you think it sounded totally normal and probably fine? Putting some distance between you and your relationship always helps you to see it more clearly.

4. When you feel jealous, accept that you feel that way and don’t immediately react to it (you have a choice as to how you react to your feelings). Just because you have a feeling doesn’t mean you have to act on it or let it ruin your day. If you’re feeling angry, it doesn’t mean you need to throw things or pitch a fit. You can just realize, “Oh, I’m feeling jealous right now,” and see if it passes. Focus on something else, like the great parts of your relationship.

Your relationship will have a better chance to make it for the long term if you can eliminate or at least manage your feelings of jealousy.

Is My Ex Playing Games With Me?

How To Know If Your Boyfriend or Girlfriend is Cheating

What To Do If Your Ex Is In A Rebound Relationship

To get my advice on your specific situation and a tailored map to getting your ex back, Schedule A Coaching Session With Me!

Will My Ex Forget About Me During No Contact?