Should You Ignore Your Ex To Get Them Back?

If you are wondering if you should ignore your ex when they reach out while you are in no contact, be sure to watch the video above all the way through and then read this important article below to the end.

There are some dating coaches out there who advise people to ignore their ex (or ignore a text from an ex) as a supposed strategy to get them back.

Some coaches suggest that you should ignore a text from your ex when you are in no contact after they broke up with you, but what actually happens most of the time is that you risk helping your ex to move on from you.

This calls into serious question the professional experience of the coaches who suggest this.

Remember, there are self-proclaimed coaches out there who just make videos or podcasts but haven’t actually ever had people as clients.

They just base what they say on what sounds good and might make you watch a video.

They might even be limiting their advice to a single experience they personally had with a boyfriend or girlfriend.

That’s why I base what I tell you on my two decades of experience from thousands of cases of professional observation. 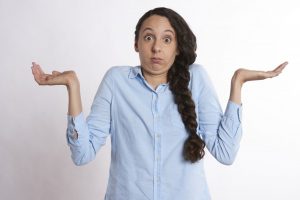 How Will Your Ex React If You Ignore Them?

At the same time, however, does ignoring your ex sound good or make sense even if I didn’t have all of my cases to draw from?

If your ex reaches out to you and you ignore them, what message are they supposed to derive from you not responding?

Perhaps that you are mad at them?

That you have blocked them.

That you have moved on.

That you have changed your number.

That you are trying to get at them or hurt them.

There are many potential conclusions your ex could make from you ignoring them during no contact.

First, let me clarify that the no contact rule is a title that describes your response after a breakup if you want to re-attract your ex who broke up with you.

It might be more accurate to call it, “no reaching out,” or “no initiating contact” because what I have seen work well over the last two decades in the relationship-recovery service by thousands of professionally observed cases is that it does not mean ignoring your ex (if you want him or her back).

In fact, the opposite is true.

Many of the potential conclusions I listed above could result in your ex deciding that you don’t want to hear from them, that there’s no chance of you taking them back, and that there’s no point in them reaching out to you.

On top of that, your ex will likely feel foolish and silly texting you again because it is like they are talking to a wall!

You aren’t responsive, so why would they try it again?

At least, why try it a third time?

In most cases, they don’t. That is, most of the time, your ex will stop reaching out to you completely if you ignore them and then you are in a difficult, tricky position.

From there, you will have fewer options to getting your ex back.

If you are being told to ignore your ex during no contact, don’t do it!

You might be upset at your ex. You are probably hurt. I understand that as well, if not better, than anyone.

But this is not the time for revenge.

Though it feels like your ex is being cruel to you, that was almost certainly not their intention.

Your ex boyfriend or ex girlfriend didn’t make it their goal to hurt you.

In fact, fear of hurting you probably delayed his or her decision.

Concern and fear of hurting you was probably something that bothered them and likely kept him/her awake at night.

But when attraction has fallen and your ex doesn’t believe they want or see a future with you, what are they supposed to do?

I’m just saying that though it might feel like you were simply discarded, it very unlikely feels that way to your ex.

Don’t get me wrong, I’m on your side here. I’m just trying to help you have a more balanced mindset so that your odds of getting your ex back increase.

And ignoring your ex doesn’t increase your odds of getting your ex back, I can tell you that.

If you want to know how to get your ex back, ignoring them isn’t on the list.

Unless there were heated arguments and fights, and even in those cases, your ex very likely still cares a great deal for you and thinks of you often. 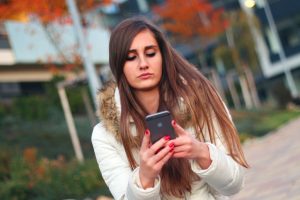 Should You Respond To Your Ex During No Contact?

The better question is, “Why shouldn’t you respond to your ex during no contact?”

If you are using the no contact rule, you are literally attempting to re-attract your ex and you are expecting that to cause him/her to text you or reach out to you.

So when that happens, you are wanting to get back together with your ex.

You are wanting to re-establish a relationship with your ex.

Relationships are not built on ignoring each other or playing games with each other.

Most of the time, it backfires.

I’ve seen it over and over in the past two decades of being in the relationship-recovery service.

Maybe your ex did some of those things to you.

Again, I’m not defending them or taking their side nor am I suggesting you act like you two are a couple when you’re not.

As you know, I’m an advocate for people who have been dumped.

My primary objective is to help you get your ex back because that is what you want.

I’m here to tell you that now is not the time for revenge.

Will ignoring your ex endear you to them?

Will they want to get back together with you because you are ignoring them?

Based on tragic cases I have observed first hand, where someone came to me after being given poor advice by another relationship coach, a friend, or their own conclusion, when you ignore your ex, it rarely ends up with the two of you getting back together.

I’ve been in too many coaching sessions where someone ignored their ex when they reached out once, twice, and sometimes a third time and now they are speaking to me and they haven’t heard from their ex in months.

One sadly common scenario with the misguided “ignore your ex strategy,” is that my client tells me, many times through tears, that their ex is now dating someone else.

The reason ignoring your ex doesn’t work is that there are too many negative conclusions that your ex could derive from your lack of response.

Why would they keep texting you if they believed that you weren’t going to respond?

Who needs that rejection?

Again, I understand that you feel rejected from your ex because they broke up with you and that one school of thought is that it’s a good thing to give that rejection feeling to your ex.

Should You Ignore A Text From Your Ex?

If you are wanting revenge only, then by all means, ignore your ex’s text.

But if you don’t want to help your ex move on from you, don’t ignore them.

Doing so will kill the momentum of your ex missing you and wanting to feel your presence.

You will literally destroy what you have accomplished during no contact.

It would be snatching defeat from the jaws of victory!

Your ex is reaching out to you.

He or she is doing what you have wished and even dreamed of them doing again!

This is the worst time possible to ignore them.

Am I saying that you respond within two seconds?

Am I saying that you respond with a message that says, “OMG, my life is complete again now that you have messaged me”?

In the video above I discuss some things you could say in response and I go into much greater detail in my Emergency Breakup Kit (which I highly suggest you get if you want your ex back and want to keep them)!

I truly wish you the best.

Broke Up But Still Talking (And What To Do About It)