Is My Ex Playing Games With Me?

You want to learn how to know if your ex is playing games with you?

This article will work to help you know if anyone is playing games with you, even if that is your boyfriend or girlfriend.

Head games are bad when played by guy or girl and are not long term solutions to relationship issues.

They often create feelings or distrust and a suspicion that even affection from the gamer is not sincere.

When Is An Ex Or Current BF or GF Playing Games In A Relationship?

What constitutes someone playing games when it comes to relationships?

It’s when someone is manipulative by their actions, lack of actions, words, or in other ways. Their reason for acting or speaking, when they are playing games, is to cause a certain behavior or reaction from their partner or in an attempt to punish.

Maybe they are trying to get you to chase them.

Maybe they want you to be more affectionate or be more sexual (or to initiate those things). Sometimes people play games just to observe the other person in a state of frustration or confusion.

Sometimes they play games to build up their own ego.

A gamer will pretend to be someone else in order to get the desired reaction from you. You should avoid this person and should stay out of relationships with them if possible. 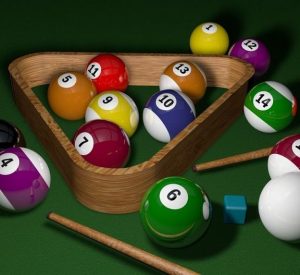 How To Know If Someone Is Playing Games With You

1. One sign is that your ex is playing games with you is that he/she does things or says things and seems to await your response.

In other words, he is doing things only to initiate a response from you. That’s a sign he or she is playing games with you and a clear game in itself.

An example is if he says something to you while staring somewhere other than at your eyes or face.

He might even look down while he speaks and then continues to fixate on the floor or where ever he is looking until you speak or act.

Though sometimes that is simply him awaiting your response, it often means that he is uncomfortable with what he’s saying and is not being his natural self. He is likely saying something to get a response.

2. Second, you will notice that your ex, or boyfriend, or girlfriend seems to have extreme personality changes.

If your ex is playing mind games, you might notice that they go from humble to arrogant, conservative to sexually flirtatious, hot to cold, kind to bossy, and other types of extreme changes.

This is often a sign that they are playing games. Maybe some self-proclaimed relationship expert has suggested they do that kind of thing to attract you.

Or maybe it has worked to get their desired result with others.

An example is if your significant other starts pouting. Pouting is when they have a  sad look on their face, don’t want to talk, and want you to see them sad and being not talkative.

Yes, pouting is a game that people often play. But there are others that are more intense and worse.

Sometimes, innocent flirting can be mistaken for a game.

Maybe your boyfriend or girlfriend is picking on you about your shirt or that they beat you at bowling.

That’s fun and fine. I’m not referring to that as a manipulative game. But if your current or ex boyfriend or girlfriend starts having extreme changes in the way they treat you, it might be a game.

Maybe their texts become shorter as though they are irritated with you and want you to know it. That’s a mild game. Not worth breaking up with someone over unless it’s done with a high frequency.

3. Changes in the frequency of communication with you.

This is different from the No Contact Rule that I coach my clients to use after a breakup. That is not a game.

It is allowing the other person to experience what they think it is that they want. It’s the consequences of them wanting out of the relationship with you.

But if you are dating someone, especially if it’s exclusive, and they punish you by not contacting you or by ignoring you, then he or she is playing games.

This game can also be played by brute-force texting you over and over in an attempt to force a response from you.

4. Trying to make you jealous by being around, communicating with, or being romantic with another person.

Though all manipulative games are bad when played on you by someone you care about, this is one of the worst games a significant other can play.

They violate the sanctity of your relationship to attempt to punish you or in an attempt to make you jealous.

They want to make sure you see them with another person or hear about it. They might post on social media.

They might be physical with this person by kissing or touching them and then make sure that you see or find out in some way.

If this game is played on you, you should almost certainly end the relationship with this person as they will likely have no shame in attempting to manipulate or punish you with other games as well.

5. They play the victim card.

This person that you care about pretends to have physical or mental problems to prevent you from leaving them to go home or even if you are trying to end the relationship.

They use this pretend problem or disability to get your attention, sympathy, and to get you to do what they want you to do in given situations.

This works on good people who have a heart for the hurting. Often times it takes a friend who is outside of the relationship to see this and point it out to you.

Why Playing Games Are Bad

Do not trust someone who plays games with your head or heart.

Though often fun, love is not a game. And someone who plays games with you is not treating you with love.

If your ex is playing games with you, they might still love you and want you back, but they are acting out of selfishness, immaturity or bad advice.

They would do well to read the articles on this site or to set up a coaching call with me to get their ex back.

Because there is a lot of bad relationship advice out there, I’m not saying that it is always the case that your ex or your significant other is a bad person because they are playing games with you.

Sometimes they’re doing what they were taught in a misguided attempt to bring the two of you closer or to win you back.

A bold move for you could be to simply say to them, “You don’t have to play games with me. I like you for you and like it when you are really you.”

They will almost always deny playing the game because it’s embarrassing to be caught and because it’s a form of dishonesty and deception.

They might feel guilty once their caught. So denial doesn’t mean the game wasn’t being played.

I’m not saying you don’t give them another chance, but I wanted you to know when a game was being played on you and why.

To get my help with your specific situation and a tailored map to getting your ex back, schedule a coaching session with me!

Should I Text My Ex When Trying To Get Them Back?

How To Save A Marriage