Phases of a Rebound Relationship and Stages

Be sure to watch the video above on Phases of a Rebound Relationship all the way through and then read the article below.

This is your chance of getting your ex back so it’s best for you if you educate yourself as best possible so that you will be prepared for whatever situation arises.

After you have watched the video above, read the article below all the way to the end.

People often ask about the phases of a rebound relationship because they are wondering when the rebound will fail and their ex will come back to them.

It is generally true that there are stages/phases of a rebound relationship that are somewhat predictable.

It depends on a lot of factors, but if your ex is in a true rebound relationship, then it’s likely it will follow a pattern of milestones. 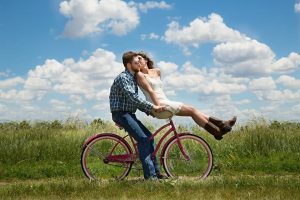 What is a Rebound Relationship?

Here is my definition of a rebound relationship:

Phases of a Rebound Relationship

The following is an explanation of the cycle, phase, or stages that a rebound relationship often follows.

It is dependent on you following the No Contact Rule so that you don’t push your ex further into the arms of the rebound person or lower your attraction to the point that you can’t pull your ex away from the rebound in its ending stages.

1. Relief Through Easy Romance – In this first stage of a rebound relationship, the temptation is there for your ex to seek physical or emotional connection without the history of a relationship.

If your ex anticipates emotional pain or difficulty (or already feels it) from the breakup with you, then they might seek relief and connection in the arms of another.

The person they are rebounding with is basically being used as a band aid to help them get over the breakup (though “getting over it” rarely happens completely).

This is the start of the rebound and your ex’s intent with the relationship is likely to change and evolve.

The possibility exists for your ex to fall into Limerence with this new person and that could derail the typical stages/phases of the rebound cycle because your ex could truly start to believe that he/she is “in love” with this person.

If you read about Limerence, you’ll understand why it’s not the same as true love even though the feelings and highs of it can be intense (and though it is a form of love).

The early temptation is usually for a connection without a relationship but if it lasts long enough, the potential is there for it to go beyond that as they advance to the next phases/stages.

2. Desire to Prove – Your ex is likely familiar with the concept of rebound relationships and could be sensitive to what people typically say about them.

People often joke about them being temporary and for the purpose of getting over the loss of the previous relationship (or simply wanting to be in a relationship period).

For that reason, your ex might have the desire to prove that their relationship with this new person is real and is not merely temporary.

This is often the reason why some rebounds seem to last longer these days (Limerence developing can also make it last longer as mentioned above).

You might even notice your ex making strong efforts to be seen with the new person – especially around friends and family.

Your ex likely wants to prove to everyone – possibly including you – that this is not a rebound and that it is the real deal.

It’s still likely not “the real deal,” for a few reasons.

Two, when it’s artificially begun or extended, a relationship is almost certainly doomed.

3. Nostalgia and Comparisons – As the newness and desire to prove the relationship wears off, your ex’s focus will finally turn to the characteristics and reality of this new person.

It is in this stage that your ex realizes the importance of certain aspects or characteristics of the relationship that you two shared along with who you were in their life and the relationship.

It is likely that the artificial aspect of the relationship will start to become apparent.

Many of the things your ex thought he/she liked about this person and the way that they interact together will no longer have the same appeal.

Since the rebound relationship likely began for the reason stated in the first phase I mentioned above, it wasn’t because of attraction to the person emotionally (it could have been physically but that usually isn’t enough by itself long term).

The mannerisms and dynamics that were overlooked because of the desire for relief and to prove the relationship now stick out.

This can lead to a strong swing in your direction in terms of attraction and can lead to the next phase or stage in the rebound cycle.

4. Regret and Disappointment – This phase of a rebound relationship is usually the most difficult on your ex.

He/she is now realizing that you were better for them and that the rebound was based on imagination and projection rather than tangibility and reality.

To put it simply, this is when your ex can miss you and miss the relationship that you two shared.

This is also when your ex will usually start to distance himself/herself from the new person.

The new person usually feels this distance and typically responds in the worst way possible by becoming clingy, needy, constantly asking what is wrong, and by overwhelming your ex with their presence.

When I say that the rebound person responds in the “worst way possible,” I mean that for them.

It’s actually the best way possible for you – if you remain in no contact.

Usually this only puts a magnifying glass on the artificiality of the rebound relationship in the eyes and heart of your ex.

Because of this, your ex can often turn cold and even begin bickering or arguing with the rebound person who now seems annoying and unattractive.

Again, this is because your ex realizes that the relationship begun because of something other than organic attraction and so the mannerisms, characteristics, and personality of this person could be a turn off by itself, but the fact that your ex realizes the foundation was artificial usually adds another layer of repulsion.

5. Re-connection or Abandonment – It is in this stage that your ex usually abandons the rebound relationship.

Often the next step is reconnecting with you if you have been in no contact so that your ex could feel the fear of loss (open the following article link in a new window so that you can read the Stages Your Ex Goes Through During No Contact).

However, it is possible, though less likely, that your ex will fall back into the second stage of a rebound relationship and will want to prove that this relationship is real.

Or, your ex will figure that they ought to demonstrate or even practice commitment since they don’t want to be going back and forth and in and out of relationships. 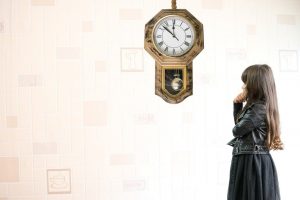 Your Best Bet To Get Your Ex Back From A Rebound

Simply put, let your ex go through the stages of a rebound relationship.

Don’t interfere or else you could delay the end of it.

Take everything one day at a time. Spend time with friends and family – you know, the people who won’t break up with you.

I suggest reading back through this article at least once and that you visit the articles I’ve linked to in this article. They are some of my most important and informative ones.

I highly recommend my Emergency Breakup Kit to give you the best chance possible of getting your ex back. No matter what, I wish you the very best.

Should I Text My Ex When Trying To Get Them Back?

Can You Talk Your Ex Into Getting Back Together?

Getting Mixed Signals From Your Ex?