Breakups
Be sure to watch the video above, "What if your ex blocked you," all the way through and then read the article below to the end.

Your own education on this is extremely important to getting your ex back so take your time on this page.

Read slowly and be sure you understand instead of just scrolling and reading the headers.

At least you think so.

Here's how you can know:

iPhone - The latest iPhones (in iOS 9 or later), will say 'Delivered' and remain blue (which means it's still an iMessage) after you text your ex.

But they will never receive your message.

Older iPhones will show you if you've been blocked if you send an iMessage (it’s an iMessage if you are connected to Wi-Fi and the message is in a blue bubble).

The iMessage will attempt to send, but after a couple of minutes will resend as a text message (trying to send using regular cellular service) that will never be received by your ex if they blocked you.

When calling from the blocked number, you will hear one ring, but your ex's phone remains silent.

You will then hear a message that they are not available, and you will be sent to voicemail (assuming they have set up voicemail).

Android - For Droid cell/mobile phones, if you are sent to voicemail after one ring, you have likely been blocked.

Facebook - You will not be able to view their profile, send a friend request, send a message, comment or see what they have commented anywhere on Facebook if your ex has blocked you.

You can also go to a profile of someone who was a mutual friend with your ex.

A search field appears at the top of the page, which you can use to type the person's name.

If they don't show up there either when you know for sure that they are Facebook friends with that person, than it's probable that they have blocked you. 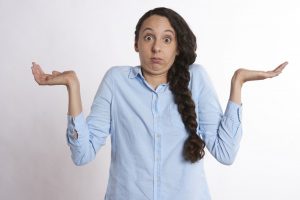 So What Do You Do If Your Ex Has Blocked You?

What do you do when your ex has blocked you?

Well, I'll be the first to admit to you that it's not good and it makes the road more difficult to getting your ex back if they have blocked you.

But it doesn't make things impossible.

It's key here that you completely avoid anything that might resemble over-pursuit, also known to some as stalking.

Since your ex has blocked you on their phone, Facebook, Instagram (follow me btw), WhatsApp, or other social media, it's safe to say that they don't want you reaching out to them at the moment.

If you do it anyway by using another phone number or another social account, you are not respecting their boundaries which will make them want to be even further away from you.

That would be very bad.

So don’t give in to desperation to the point that you try to contact them in an undercover kind of way.

Your ex won’t be impressed.

DO NOT show up to their home or place of work or you will receive a one-way ticket to Stalkerland, population, lonely you.

Your ex (or separated spouse) will see you as a source of drama, immaturity, and might even question your mental health.

Your ex seeing you in any of those ways will likely devastate your chances of getting your ex back.

The first step after being blocked is to completely respect that your ex has put up a boundary.

Do not reach out to them if you want a chance of getting them back!

I'll share with you you some strategies on getting them back while being blocked, but I'm sure you are asking, "why" this happened.

Why Did My Ex Block Me?

It's common and normal to wonder why your ex blocked you.

If things were going well and your ex just blocked you for no apparent reason, you are a victim of being ghosted and it is a strange, frustrating feeling to say the least.

Here are a few possible reasons why your ex blocked you and after that I'll make suggestions on what you can do to get them back (but read this first).

This can mean that they see it as only temporary.

How To Know If My Ex Blocked Me Forever?

Knowing for sure if they blocked you forever is impossible, but you can get a pretty good idea.

In order to get an idea of if this block is temporary or forever/permanent we need to examine habits and actions of the past.

A block from your ex doesn't have to be forever.

If you leave your ex alone completely - which is what they want if they blocked you - then you demonstrate to your ex that you aren't a source of drama, negativity, awkwardness, etc.

In this way, you are passing your ex's test.

And they are testing you even if they don't know it.

Yes, you read that right.

They will look back on how you respond and you will have passed or failed.

How do you pass?

By leaving them alone, not showing anger or drama, and not spying on them by asking their friends about them or driving by their house.

Creepville has the same population.

You don't want to create a hurdle to them getting back together with you.

You don't want anything to give them pause or a "yeah but," response when they start missing you and thinking they want you back.

What I mean is:

If they do start thinking that they miss you and might want to get back together with you but then remember that you freaked out on them when they broke up with you and/or blocked you, then they might think:

"But if I get back together with them and it doesn't work out again, I'll have to put up with all of that drama and awkwardness again!"

So leaving them alone is key to having a chance of getting your ex back.

It could be weeks, months, or years (in rare cases), but that's better than never.

And it will be more likely to be never if you don't leave them alone completely!

When an ex has blocked you, you must go into full-fledged use of the no contact rule which means that you don't communicate with them in any way at all.

No texts, messaging, or calling from another phone number or app.

No writing a letter.

No showing up at their home or work.

Don't watch their stories because they can see that you did.

And no, don't keep that streak with them on Snapchat going.

You must disappear completely.

You must give them what they think they want or you will risk losing them forever.

If you love them, that's not something you want to risk.

He blocked me, will he come back?

You have two options if you want to get them back after being blocked:

After listing these two options I will go over some strategies to make the following options much more effective.

Coaching clients often ask me how they can know if their ex is ready for communication.

My answer is always, "When they reach out to you!"

Otherwise you are forcing interaction which can do one or more of the following:

Make you look pathetic, scare them, make them feel awkward, cause them to question your mental health, create a hurdle to them getting back with you because they'll think that you'll do this again if it doesn't work out, and most certainly lower their level of attraction to you (how much more can you afford to lose? Zero.).

Yes, I know, it's difficult.

But if you give them space, you give your ex the opportunity to miss you.

You staying away is the only way that can happen! And there are strategies to use while being in no contact.

They know that you know you have been blocked.

So they don't expect you to reach out.

They know that the burden is on them to reach out to you if they are interested in getting back together or talking.

But you can present the most attractive picture of yourself to encourage them to reach out. 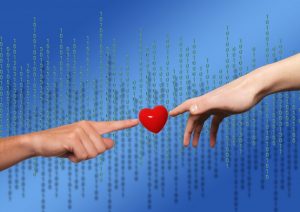 Strategies To Encourage Your Ex To Unblock You And Come Back

Social Media - They may have blocked you, but do NOT block them back.

This is important because you want a stealth way of influencing your ex. 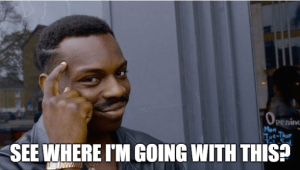 Here's how you do it:

Not romantically for the first three months or so.

Just show that you have a life, are a fun person, and aren't sitting around wallowing in sadness that they blocked you.

Let them wonder how you are taking it so well.

There must be something great inside of you (strength, peace, joy) that they now can't have because they dumped and blocked you!

If you normally post a lot on social media, take a break.

Make them wonder how fascinating your life must be since you don't even have time or want to peel yourself away to post!

This is called radio silence. Avoid having a pattern (be unpredictable).

You don't have to go to the other side of the world, but maybe go visit family in another part of the country or go to the beach with some friends.

Let your ex see that you are not always within their grasp.

A little separation anxiety from your ex is a good thing.

You don't want to look like all of this was done to send a message to them! And it shouldn't be.

Improve Yourself - Do these things for yourself:

Not only will doing those things make you more attractive to your ex, but you will also be able to move on without them if necessary - at least short term.

I know that you want your ex back right now.

I know that you want them to unblock you and text you a message saying that they love you and want to get back together.

This article should have helped give you some direction on making that a reality.

To get a strategic road map to getting your ex back based on my two decades in the relationship recovery service, get my Emergency Breakup Kit!

Don’t put it off.