Why did your boyfriend cheat on you?

You probably fear it has something to do with you and think that if he wanted you more that your boyfriend wouldn’t have cheated.

While it’s impossible for you to be a perfect girlfriend, the subject of cheating is more complex than that.

Dr. John Gottman reports that most affairs are about seeking friendship, support, understanding, and validation.

While he is referring specifically to affairs that happen with married couples, the principal is still generally true with a serious relationship of an unmarried couple where one of them cheats.

Men and women have different strengths and are different in obvious and not-so-obvious ways and we should embrace those differences, but there are also similarities.

Such is the case with cheating. There is not a one-size-fits-all men or all women when it comes to answering the question of why a boyfriend cheated (if you aren’t sure if he actually is cheating or has, see How To Know If A Boyfriend is Cheating. But here are some possible reasons a boyfriend cheated: 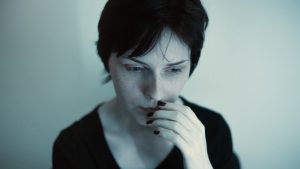 Reasons A Boyfriend Would Cheat

People who come to me and say, “My boyfriend cheated on me,” often want to know the reason why he did.

Though my list is not complete, it will provide some potential answers.

1. He’s not used to long term relationships and is chasing newness. It’s possible your boyfriend has only been in short term flings and not real relationships, so he’s used to being physical with a lot of different women for short periods of time and then moving on to another.

The scientific term for addiction to the intense feelings of new relationships is limerence. Though he might be serious about you in his own mind, he gets bored quickly and cheats on you.

It’s up to you to determine if it’s worth continuing with him as he hopefully learns, matures, and becomes more of a one-woman man – that is, if he does.

2. He feels unsatisfied with the physical side of your relationship or wants something you can’t provide (or won’t). Maybe you want to wait for marriage or only want certain kinds of sex whereas he wants other positions or types.

You can fill in the blanks. If he feels that his life is unfulfilled sexually, he might be tempted to find it elsewhere (women are the same way). Can you be more adventurous in bed? Do you want to be? Does it violate your conscious or disgust you? Again, it’s obviously your call if you want to change for him or leave the cheating boyfriend.

3. He feels neglected in some way, be it time, acceptance, and/or not feeling appreciated. If he feels you are mistreating him or absent too often, he might seek quality time or acceptance elsewhere.

If you don’t approve of his hobbies, friends, career, beliefs, or other things that are important to him, he could seek emotional comfort elsewhere (and that can turn physical quickly).

Remember that true love accepts people as they are and loves them in such a way that they feel free.

If he feels you are trying to change him, he’ll feel that you don’t accept the “real” him – and he will seek someone who does.

4. He has low self-esteem and feels better about himself by sleeping with others. Some men (and women) feel that they are more physically attractive and desired if they sleep with a large number of people.

Each rendezvous feeds his ego and makes him feel attractive, desired, and that he is experiencing life to the fullest.

You could leave your boyfriend for cheating or try to build his self esteem by making him feel more attractive and desired. I’ve seen it work both ways.

As always, it’s your call and no one else’s.

Sometimes talking about it is a good thing and sometimes, in early stages of a relationship, it’s not because it can make the other person feel controlled or that things are moving too quickly.

You need to look at your situation and what you want to determine if it’s worth seeing if your boyfriend will change in the future as the two of you become more committed.

If you are definitely committed and exclusive, then this is obviously a big problem.

Should I Stay With A Boyfriend Who Cheated?

First let me say that this is not someone else’s decision.

Whether you stay with your boyfriend after he was unfaithful to you is your call and not a decision by committee.

The challenges or downsides to staying with him are somewhat apparent.

There will be work ahead because he cheated and that includes: 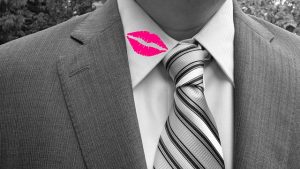 Will My Boyfriend Cheat Again?

The positive that comes from a cheating boyfriend is that if he learned that he only wants you and doesn’t want to be a cheater or deal with the juggling, drama, anxiety, and guilt of it all, he could actually be a better boyfriend than he was even before the cheating.

If he learned that cheating is wrong and regrets what happened, the potential exists for you to have a secure, stable, romantic, passionate, and committed relationship.

In fact, as odd or even counter intuitive as it might seem, many couples report that they are better and stronger after an affair or cheating is over than they were before.

But, ideally, it is also because of what the straying person learns about himself or herself.

I’m not suggesting that you have just won the relationship lottery because he was unfaithful.

Some people are serial cheaters and will only continue sleeping around.

You obviously don’t want that.

If you believe that he is a good man who has done a bad thing (or maybe an immature thing) and you love him, then your decision is your own and you should do what your heart says.

If, however, he is a bad man who has done a bad thing, your decision is still your own but you should consider that your heart is not a good consultant in this situation.

So while cheating doesn’t have to be a deal breaker with you and your boyfriend or significant other, it most certainly should be in some situations.

Like with many situations, battles, difficulties, and challenges in life, it’s usually best to take things one day at a time and not make a major decision until you feel that you are ready.

Be patient with yourself and even with your boyfriend if you believe he is a good man.

You’ll notice that everyone has an opinion of what you should do and most of the time, that is with good intentions and even concern for you.

Your family and true friends don’t want to see you hurt and won’t trust him going forward.

That brings me to the next matter that I feel you must strongly consider.

Should You Tell Family and Friends About His Cheating?

While it is tempting and even helpful to seek the comfort and counsel of others during this time, be extremely careful concerning who you talk to and what you tell them.

For starters, it’s really not their business.

It’s between you and your boyfriend.

No matter the issue, unless you are in danger, I don’t recommend you telling mutual friends or family about his cheating.

This is not because I want you to give him a pass.

It’s because of several reasons:

Just don’t do it.

If you have, don’t tell anyone else.

Go to the people you have told and communicate the importance of them keeping it to themselves along with not ever confronting your boyfriend or husband about it.

Ensure that they understand that, while you appreciate them, this is a private matter between you and him.

While the road forward is unlikely to be easy, I hope that this article has provided you some direction, warnings, and comfort.

To gain from my two decades in the relationship-recovery service and the best chance of getting your ex back, get my Emergency Breakup Kit.

Do You Really Want Your Ex Back? Should You Get Back Together?