Why Is My Ex So Mean To Me?

In this video, Coach Lee discusses why an ex can be so mean after a breakup - especially if you are trying to save the relationship and get them back.

Often times, your ex boyfriend or ex girlfriend is mean, angry, cruel, and resentful toward you because they feel that you won't leave them alone and respect their decision.

Sometimes an ex boyfriend or ex girlfriend feels that if he or she can hurt you enough that you will finally leave them alone and give him or her space because you will want to be away from him or her.

Your ex boyfriend or ex girlfriend toughens up once they realize that they definitely want to go through with the breakup. This toughening up is in an effort to defend their decision and to force themselves to go through with it - even though it will be difficult for them.

This is why your begging, pleading, and constantly wanting to talk to them to try to get them back only gives them more resolve and determination.

The two of you take on roles, with yours being that you are trying to get them back and your ex's role becomes fighting against that.

Not Respecting Your Ex's Decision Puts You On Opposing Sides

You want to save the relationship and your ex is fighting against that. The more that your pressure causes your ex to fight, the more he or she feels the desire to "win," by getting you out of his or her life.

It can even get to the point that your ex doesn't even remember why he or she is fighting!

That's why it's so important not to fight the breakup and to give your ex space.

In a sense, your ex's defenses against you grow stronger each time they have to argue about the breakup with you and defend their decision to go through with it.

You basically train your ex to reject you repeatedly and they entrench themselves in the decision to breakup.

That's why it is best to give your ex space, not fight the breakup, and to apply the no contact rule. This gives you the best chance of your ex coming back to you and can keep them from being cold, mean, and cruel to you.

By backing away from your ex and giving them the breakup, you also prevent a major hurdle to them coming back to you.

For example, if your ex starts thinking that they could get back together with you and that they might reach out to you BUT then they remember how you responded to the breakup, they might not reach out at all.

This is because they don't want to risk things not working out again and them having to experience your breakup response again.

So the less dramatic a breakup can be, the greater the odds that your ex will come back or be receptive if you two cross paths again in the future.

Why Is My Ex So Angry With Me?

If you don't give your ex the breakup and, instead, keep begging, pleading, and trying to get back together with him or her, you force them to become your enemy.

Because enemies don't typically hang out.

Enemies lead separate lives and avoid interacting with each other.

So in order to get the space they want and the breakup they want, your ex will try to make you an enemy since they feel that going the other route didn't work.

Their anger toward you will often cause them to look at you as the psycho ex who wouldn't take "no" for an answer and who wouldn't leave them alone.

This will significantly lower your chances of getting back together with your ex.

This is also another reason that your ex will treat you meanly or cruelly - because they see you in that light and feel that the only thing that you understand and respond to is meanness and cold interactions.

The final step after that is for your ex to ghost you and possibly hate you.

I understand that this can be very difficult and painful for you since you love this person and want to save the relationship you had with them. 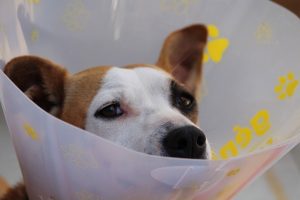 In some ways, your ex is acting like a wounded dog.

If you've ever had a dog who hurt his paw and you tried to help him, he might have reacted by growling or even biting.

That's because he knows that he is injured and fears that you might make it worse.

So the growling and biting at you is to try to get you to stay away!

The final reason I will discuss for why your ex is being mean to you is because they feel that you are refusing to give them control over their own life.

At least at this moment, your ex doesn't want you in his or her life.

Though they might say that they want to be friends, that is usually something that is said as an offer of a consolation prize in hopes that you will go away quietly.

When you don't "go away quietly," your ex feels that you are forcing your way into their life when you are no longer wanted. This makes them feel that they don't have control of their own life anymore.

That is something that they will react to poorly.

They will feel that their actions are in self defense and, therefore, harsh behavior, words, and even threats can be rationalized as a way to regain control of his/her life from you.

I strongly suggest that you back away from your ex completely if you want a chance of getting them back.

Gain from my two decades in the relationship-recovery service so that you can have the best chance possible of getting your ex back! To do that, get my Emergency Breakup Kit!